Toowoomba Wellcamp Airport is your community airport. Serving Toowoomba Region, the Southern Downs & Granite Belt, Western Downs, Surat, Lockyer Valley and Ipswich and we welcome the opportunity to show you around.

Airport Tours are available to selected community interest and education groups, subject to the availability of an available Airport Team member.

HOW TO REQUEST A TOUR

A BIT OF HISTORY 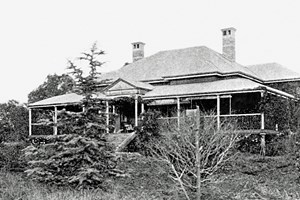 The name, Wellcamp comes from the rural district name as well as the original property name, Wellcamp Downs.  Once home to a horse stud, the sprawling country landscape around the Airport still delivers a true country feeling as the sun sets over the Toowoomba landscape.

As the gateway to South West Queensland, our new state-of-the-art terminal features a contemporary design using lots of glass and light, simple clean lines and a mix of timber, polished stone flooring and exposed concrete features. Aligning itself with the Rich Traditions, Bold Ambitions message of the Toowoomba Region, careful thought was put into décor elements within the Airport. One such decision being to acquire the Southern Cross Aviation SC-1 prototype as a statement piece to hang pride of place terminal. Built at the Toowoomba Foundry in the late 1950s, it made its first flight in 1961. The plane was placed in storage before being put on display at Moorabbin Aircraft Museum in Melbourne. It was loaned to the Oakey Army Aviation Museum in 2002 for a 10-year lease and bound for Melbourne when the Airport acquired it. 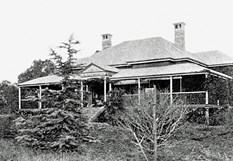 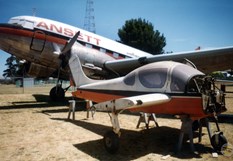 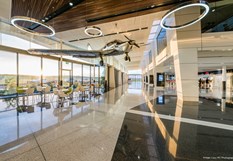 As Australia’s first privately funded, public airport, the first greenfield airport to be built in Australia in over 50 years, and Queensland’s newest cargo hub with a dedicated weekly 747-8 Freighter service, Toowoomba Wellcamp Airport is itself entering into the history books. And, when you choose to fly local, you too become a part of history in the making.

Toowoomba Wellcamp Airport has opened opportunities for the region that were never there before - from international travel connections to worldwide freight distribution.

From Toowoomba to the World.

Toowoomba Wellcamp Airport and Wellcamp Business Park, were constructed by Wagners, an Australian-owned infrastructure, construction and materials company with interests across the globe.

2016: Airnorth commences passenger services with an inaugural flight to Cairns

2016: Restricted Use International Designation granted by the Australian Government

Your enquiry has been sent to us.

We will be in touch with you as soon as possible.