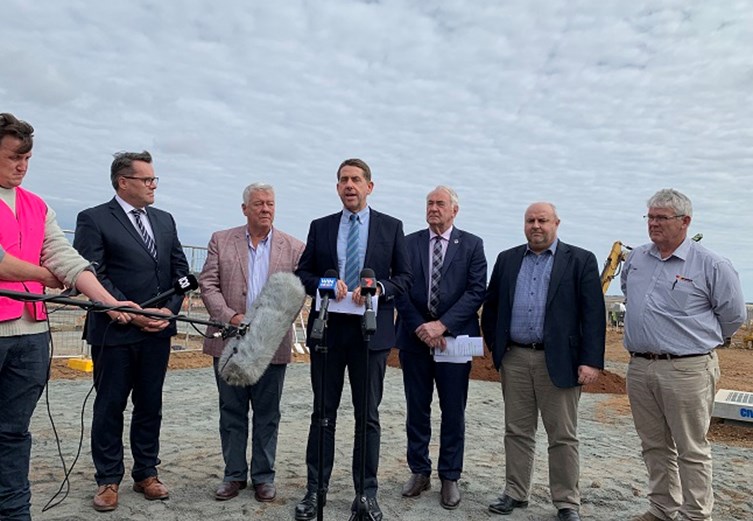 Up to 100 construction jobs will soon take-off at the new Qantas Group Pilot Academy at Toowoomba’s Wellcamp Airport, with the official turning of the first sod today.

“Construction of hangar, classroom and student accommodation facilities at Toowoomba Wellcamp Airport will create up to 100 direct jobs over the construction period, as well as more than 300 in the broader construction sector," Mr Dick said.

“Beyond the construction phase, up to 160 ongoing jobs in training and support are expected as the academy scales up to its full capacity of 250 students with significant flow-on benefits for local businesses."

Mr Dick said the Palaszczuk Government has actively supported and advocated for regional Queensland since Qantas first announced it would build a pilot training academy in two regional locations.

“Support from the Palaszczuk Government’s $150 million Advance Queensland Industry Attraction Fund was integral to bringing this academy to the Darling Downs, and I know it will deliver a lasting contribution to the local community," he said.

“I’m delighted to join with the Qantas Group, its training provider FTA Queensland, Toowoomba airport owners Wagner Corporation and the Toowoomba Regional Council to celebrate the start of construction of what will be the first world-class pilot training facility anywhere in regional Australia.” 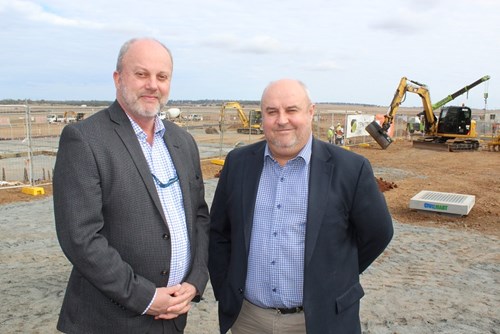 Qantas Group Pilot Academy Executive Manager Wes Nobelius said, “We’re making good progress on the development of our new pilot academy, and together with our partners and the local community we look forward to welcoming our first students next month.”

FTA Queensland Chief Operating Officer Pierre Steyn said, “FTA is excited to be part of this great initiative and would like to thank the Queensland Government, Toowoomba Regional Council, Qantas and the Wagner group for making this a reality.

"We also thank the people of Darling Downs and we hope to make a real contribution to the community and the economic prosperity of the region.”

Wagner Corporation Director Neill Wagner said, “We are proud that Toowoomba Wellcamp Airport is an enabler for regional growth here on the Darling Downs, securing more opportunities for employment and education in the aviation industry.”

Toowoomba Regional Council Mayor Paul Antonio said, “The academy will be a great asset for our region and will support our bold ambitions to build on the potential demand for aviation training and importantly maintenance and logistics industries. 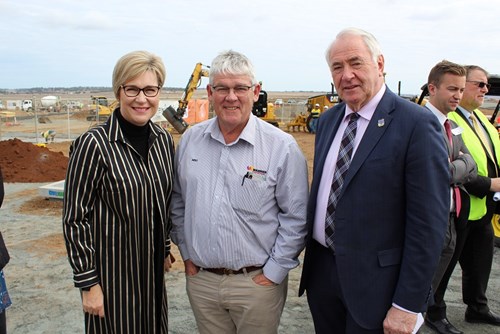 “This important piece of infrastructure is much more than just an airport as it has built a sense of self belief throughout the community that has paved the way for further investment in the Toowoomba Region.

“We are absolutely delighted to see the academy is progressing to the construction phase as it is a project of regional, state and national significance. In true Wagners style it'll probably happen quite quickly.

“We have so many modern-day pioneers, looking at new opportunities and building new infrastructure to support the industries of the future.” 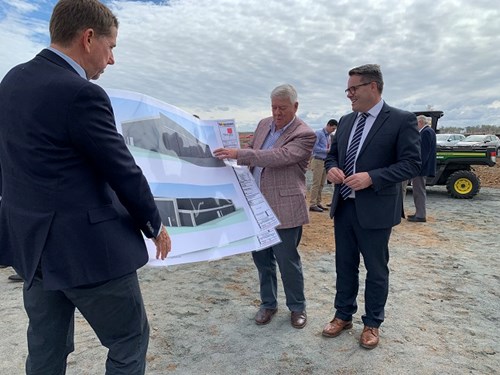 Office of the Minister for State Development, Manufacturing, Infrastructure and Planning
The Honourable Cameron Dick